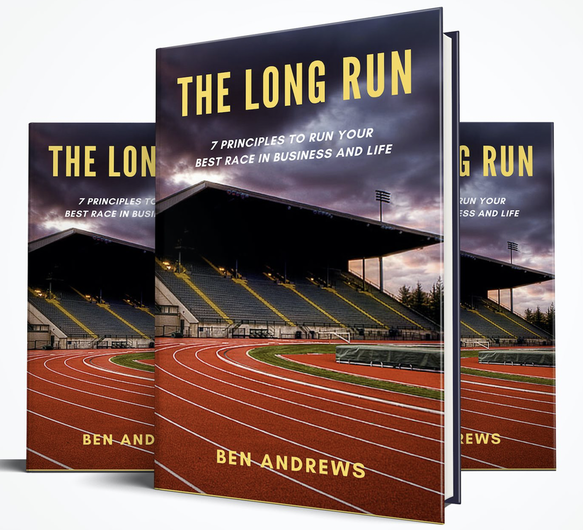 ​That year’s PAC-10 Championships were held at UCLA’s Drake Stadium. The day before the meet, most of my teammates dispersed to the Santa Monica Pier or to Hollywood to see the Walk of Fame. But for me, there was only one destination. Proudly wearing my University of Oregon track and field warm-ups, I let my teammates do their own thing, and headed for Pauley Pavilion, home of the UCLA Bruins basketball team. What can I say? I may have been a member of the Oregon Track team, but I was still a baller at heart, and this was basketball’s equivalent of Hayward Field. Here, the Bruins had won the NCAA championship a stunning seven times in a row. Here, they’d set the longest winning streak in NCAA history.

The building was empty except for a man in his late 70s or early 80s, sitting in the first row at one end of the court. He was reading a book and next to him was a basketball.

I sat in the stands for a few minutes, looking at the championship banners from years past. When I left my teammates to come here, all I wanted was to sit in the empty stands and soak in a bit of the ambiance. But the man with the book—and the ball—captured my attention. And I had a dream that involved this place, from long before I chose running as my sport.
“Excuse me, sir; would it be okay if I used your ball for just one shot?”
He inspected me over the rim of his glasses. At which point I seriously freaked. This wasn’t just some random guy with a basketball. This was John Wooden, the coach who’d been the architect of all those victories.
“Do you know what shot you’ll take?” he asked.
“I guess a layup.”
“You guess?”
“I just want to make one basket on this court.”
“Knowing what shot you’re going to take is one of the most important things in life.”

And with that, he handed me the basketball. I dribbled over to the nearest hoop—and made my layup. Grinning, I looked over at Coach Wooden, thinking of my dad working hard overtime shifts and coming home to play basketball with Matthew and me until the neighbors asked us to stop because it was too late. I thought not just of basketball, but of dreams. It was just a layup. I’d done thousands of them before. But this one was in Pauley Pavilion. Not as good, perhaps, as a 3:59 mile at Hayward Field, but on my lifetime “bucket list”, not far off.
​
Wooden stood up. “You may as well make a layup on the other goal so that you have your bases covered.”
I sprinted down the court on what would be my only collegiate fast-break and made another layup. In front of the watchful eye of Coach John Wooden.
As I jogged back towards him, he asked: “How’s Eugene?”
“Wet!” I said, “What are you doing here?”
“I’m meeting an athlete who’s working on his shot.”
“Still coaching?”
“Still learning. I’m a student of life. The more I learn, the more I can teach.”
We shook hands and he wished me good luck in my race the following day. With goosebumps, I retreated to the stands and marveled at what had just happened. A few moments later, Kareem Abdul-Jabbar came in, and for the next 30 minutes, I watched as he and Wooden worked on his moves, including his famous skyhook.
For a basketball fan it had been an hour of nirvana. But there was more to it than that. The more I learn, the more I can teach. I was watching a coach whose professional days had long passed. And an athlete, now in his upper 40s, also long retired, who’d scored more points than any other player in history, still working on becoming better—for no purpose other than his own satisfaction. It put the next day’s race in perspective. Still learning, Wooden had said. Just be better.
But I hadn’t really heard. Sadly, when the race came, I didn’t quite get it. Even though Bill had often said almost exactly the same thing Wooden had said to me: focus on being better, and not on the time. With greater competition, the times will come, Bill had often said.
But I also remembered how proud he’d been last year of Oregon’s stature as Dual-Meet Champions. What did that mean for people like me, currently on the bubble for individual success at the next level up? Six times this year, I’d run between 3:44 and 3:45 for the 1500m, each time missing the NCAA Championships qualifying standard by less than one second. My time trial with Bill proved I could do it with time to spare, but it wasn’t a race, and didn’t count, officially. This was my last chance.
Just be better.
That’s what I should have been thinking. But as I warmed up for the race, I was no longer focused on that. I was focused on time. It would prove to be a costly decision.